Back in 1956, in Liverpool, England, a 16-year old John Lennon led a band called “The Quarrymen.”  They would play small gigs here and there, but would become more complete in 1957 when they were joined by a 15-year old Paul McCartney.  Though they didn’t know it at the time, one of the greatest songwriting partnerships was born at that moment.  In those early days, another aspiring musician named George Harrison, who somewhat idolized John, would follow “The Quarrymen” around.  He would eventually join the group in 1958.  By 1959, the other members of “The Quarrymen” would depart, leaving the group with just John, Paul, George, and whatever drummer they could find.  Other band members would come and go, and the name of the band changed several times, but they all finally agreed to call themselves “The Beatles.”  Ringo Starr joined them in 1962, and the lineup was set.

After being turned down by every record label in London (D’oh!), the Beatles’ manager, Brian Epstein, finally got them a recording contract with EMI’s small label, Parlophone. The Beatles released their first album on March 22, 1963, and would release an astounding 13 albums in only 7 years.  No other rock band since then has even come close to that kind of production.  To put it in perspective, U2, as prolific as they were, released 13 albums in 29 years!  The rest of The Beatles story is well-known from there:  They made profound changes to the music industry by writing their own songs, utilizing innovative recording techniques and issuing amazing album covers.

Finally, it was time for the band to be exposed to the American scene.  On February 7, 1964 thousands of screaming teenage fans greeted them at JFK Airport in New York.  On February 9th, The Beatles would appear on the Ed Sullivan Show, which launched the “Beatlemania” craze in the United States.  The rest, as they say, is history.  The Beatles would go on to become one of, if not the, most influential bands the world has ever seen.

Fast forward to present day.  Mattel has decided to honor Beatlemania by issuing a 6-car set, and the demand is expected to be high.  Early releases are already on eBay, and they’re selling for $20-25 or more.  You can pretty much associate that with the “newness” factor; some folks just love to throw their money around when they get that “gottahaveit-itus.” But, I do believe this set will retain a much higher-than-average value than some of the other recent subsets that Mattel has issued.  As you can see below, the card art is reminiscent of the old album covers…funky and 60′s-looking. 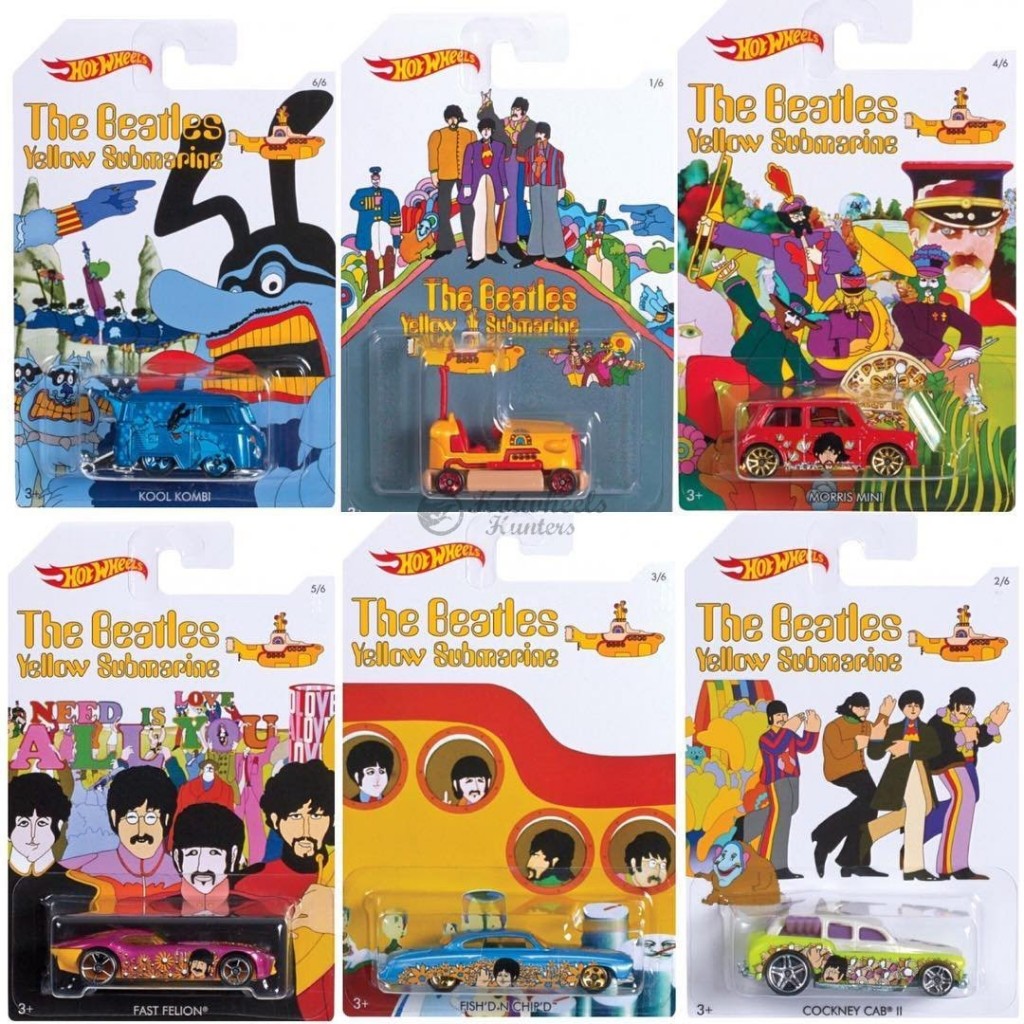 And, to add more fuel to the fire, collectors will also get a chance to grab a newly-released for 2016 Yellow Submarine.  This one has also already hit eBay, and I’ve seen some go for as much as $60.00.  While that’s insane to me, this model is almost guaranteed to be cherry-picked from cases and pegs everywhere.  It’s NOT going to be an easy find.  And, the value on the secondary is going to reflect as such, even after the new-ness wears off. 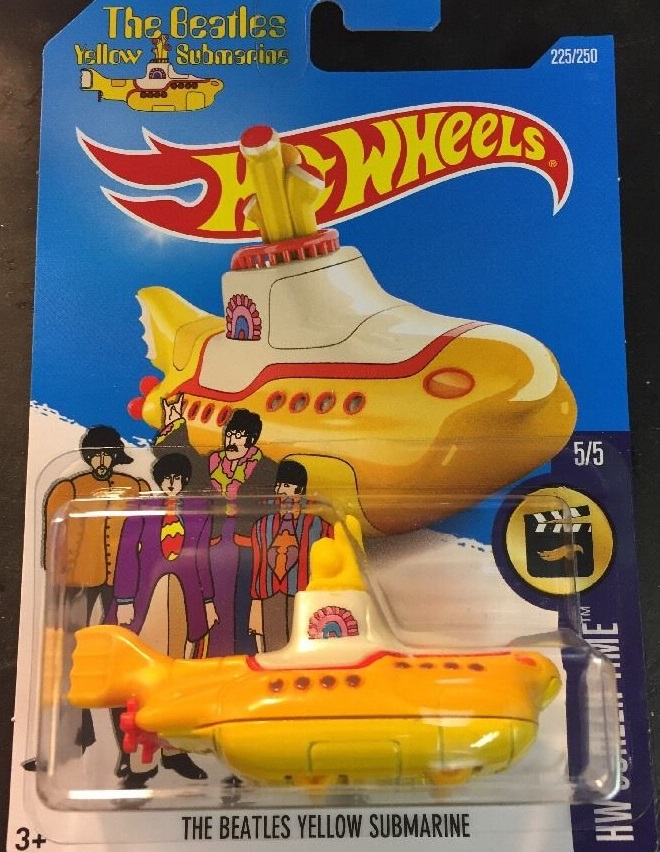 So, there you have it.  While The Beatles were well before my time on this Earth, I can appreciate all of their contributions to the music industry.  I’ll give it a shot and try to find all of these models, but I’m not expecting it to be easy!  You could say I’m expecting “A Hard Day’s Night.”  (Ok, that was lame…sorry)  Until next time!

One Response to The Yellow Submarine Rides Again…